Hank Williams was born in September 1923 in a small Alabama farming community about 70 miles south of Montgomery. His father was a railroad engineer who was also a victim of shell shock after a year of fighting in France in 1918 during World War I and spent many years in veterans hospitals. Hank's mother, Lillian Skipper Williams, played the organ in their local church and taught him gospel songs when he was six. When Hank turned 10 he taught himself to play the guitar, mostly by watching other guitarists.

In his teens Hank learned to play and sing country songs that he heard on the family radio, and picked up some blues chords from a black friend who was a street musician named Tee-Tot (Rufe Payne). At the age of 14 Hank put together his own band, playing at hoedowns and other get-together, where he won a local talent contest competition with his composition "WPA Blues." 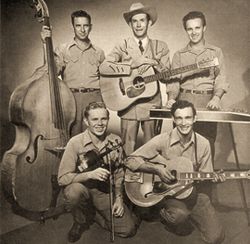 At 17, Hank put together a group called 'Hank Williams' Original Drifting Cowboys' and they successfully auditioned for the manager of WSFS Radio in Montgomery, where they played regularly on the air. Hank met his first wife Audrey Williams, during a traveling medicine show and they were married in December 1944 at an Alabama gas station. Audrey was a strong-willed woman who became Hank's booking agent, road manager and promoter. It was she who encouraged the stage-frightened Hank to perform on stage and helped book gigs outside of Alabama. 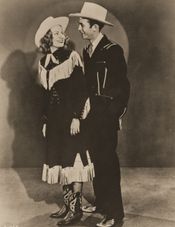 In 1946 Hank and Audrey traveled to Nashville to secure a music publishing contract with producer Fred Rose, head of the Acuff-Rose publishing firm, who asked Hank to write a song on the spot. The song, "Mansion on the Hill", landed Hank a publishing contract with Acuff-Rose. During the late 1940s Hank--a tall, thin man who alway wore a short-brimmed, white cowboy hat--had his peak years when MGM Records signed him for a recording contract and he became a regular on "Louisiana Hayride", a KWKH radio show in Shreveport, Louisiana. In 1949, after the birth of Hank and Audrey's son Hank Williams Jr, Hank was asked to join the Grand Ole Opry in Nashville, where he made his stage debut on June 11, 1949.

However, Hank's unprecedented success came with a price. A heavy drinker since his late teens, Hank proved to be an undependable performer when be began showing up for concerts drunk, and sometimes didn't show up at all. When Audrey divorced him in 1951 due to their constant fights over his drinking, his band began to become disillusioned with him, too, and the Grand Ole Opry suspended him from appearing at live shows.

In October 1952 Hank married his second wife, 19-year-old Billie Jean Jones, who was no more successful than Audrey in protecting Hank from himself. Also, the Drifting Cowboys departed that same month due to Hank's violent mood swings and unpredictability. He was still in demand for live performances, though. 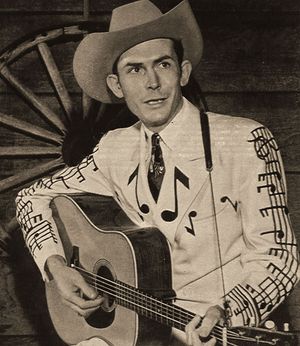 On the early morning hours on New Year's Day 1953, while traveling through West Virginia on the way to a show in Canton, Ohio, Hank Williams died in his sleep in the back seat of his Cadillac limousine at the age of 29.