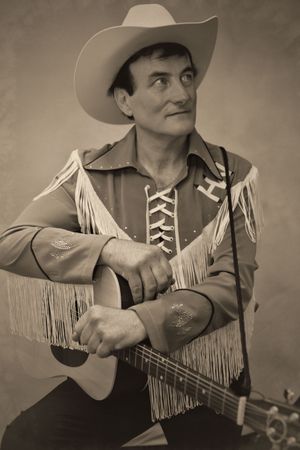 Marc Robinson is well known to many as the UK’s No1 Buddy Holly tribute act, but he is certainly no “one trick pony”. Not long after he became a fan of Buddy Holly, Marc discovered that his idol had been a big fan of Hank Williams and that there were a number of startling similarities between the two artistes that went way beyond the music. Both were innovators in their chosen genres. Both were extremely prolific, and of course, both died tragically at a very young age. Musically, Williams and Holly shared a love for lyrics, song structure and storytelling that set them apart from their peers and ensured them legendary status. They wrote some of the greatest “standards” in the history of popular music and influenced countless other great artists from the 1940’s to the present day. It is really no surprise then that the young Marc Robinson soon found that he too enjoyed the music of Hank Williams (aka: Luke The Drifter) In 2012 Marc decided that the time was right to put together a brand new show and also to take on a brand new role as Hank Williams. As with anything he does, Marc went into great detail and spent many hours studying Hank’s life, his vocal style and mannerisms to eventually to produce an authentic tribute to Hank Williams that easily rivals his much acclaimed Buddy Holly role. This CD was not so much an accepted part of Marc’s job as it was a labour of love. First and foremost it is a genuine tribute by a genuine fan to his musical hero...Hank Williams.